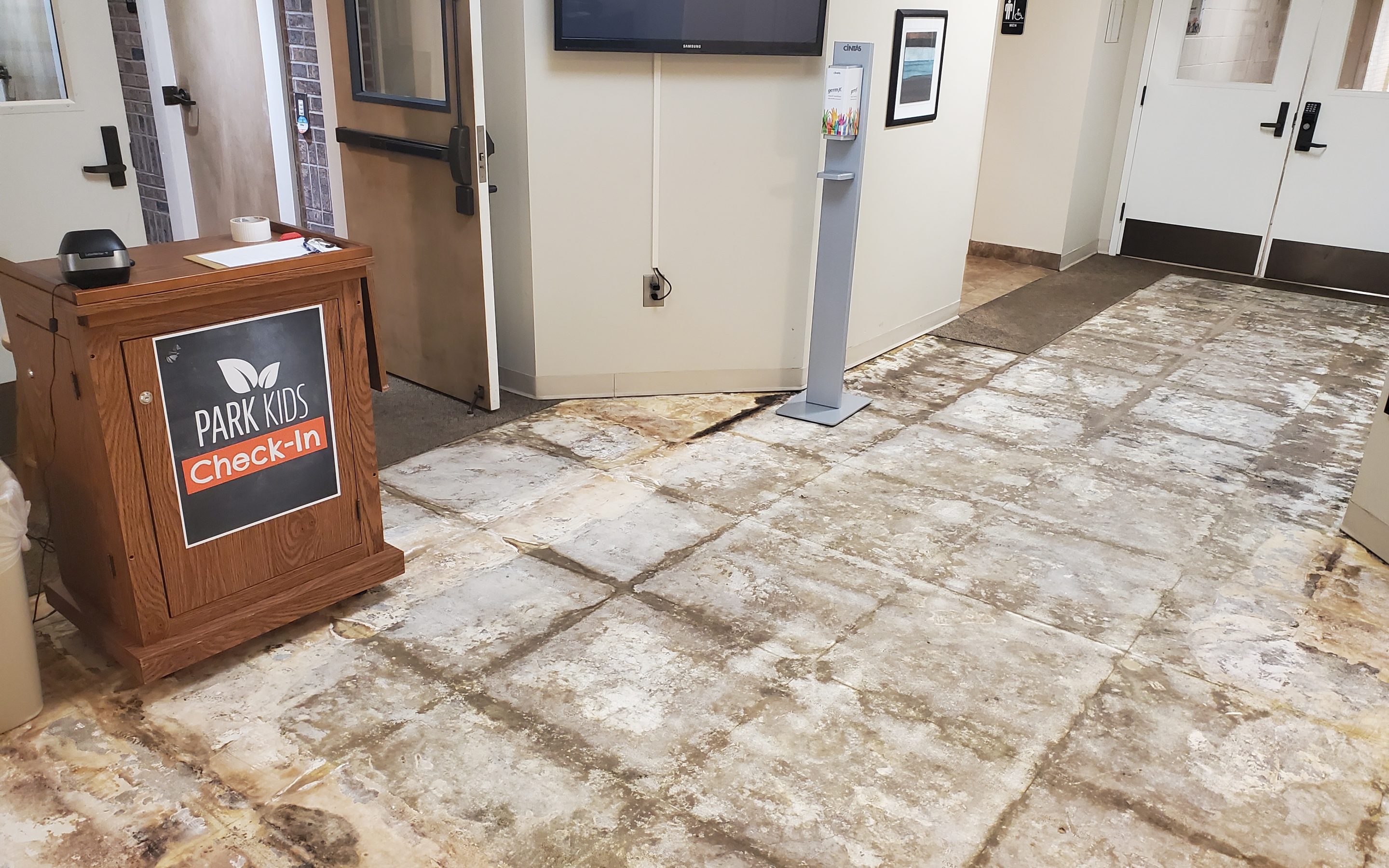 People weren’t sure where to step as they made their way to the sanctuary on Sunday morning, March 13. Carpet squares had been pulled up in front of the children’s wing and restrooms. Staff and volunteers had determined that the carpet needed to go after one sunday school attendee tripped and fell, causing alarm.
Jesse Hopkins, Park Kids security volunteer that morning, saw the incident and helped determine the course of action. He said, “We pulled up all the squares we could, but we had to stop because the cement started to be slick underneath.” Rags, tape and orange cones were produced to secure the area in time for worship services.
The carpet had been growing more uneven and was in need of attention. Now, the situation has become urgent. This matter falls under the responsibilities of the Pittman Park Board of Trustees. At the Board’s regularly-scheduled meeting on Monday, March 14, flooring options were discussed. A called meeting of the Board has been scheduled for Thursday, March 24 to focus specifically on finding the best solution to this problem. All are asked to use caution in walking the church hallways at this present time.