Get to Know the Church: Cathedral Windows 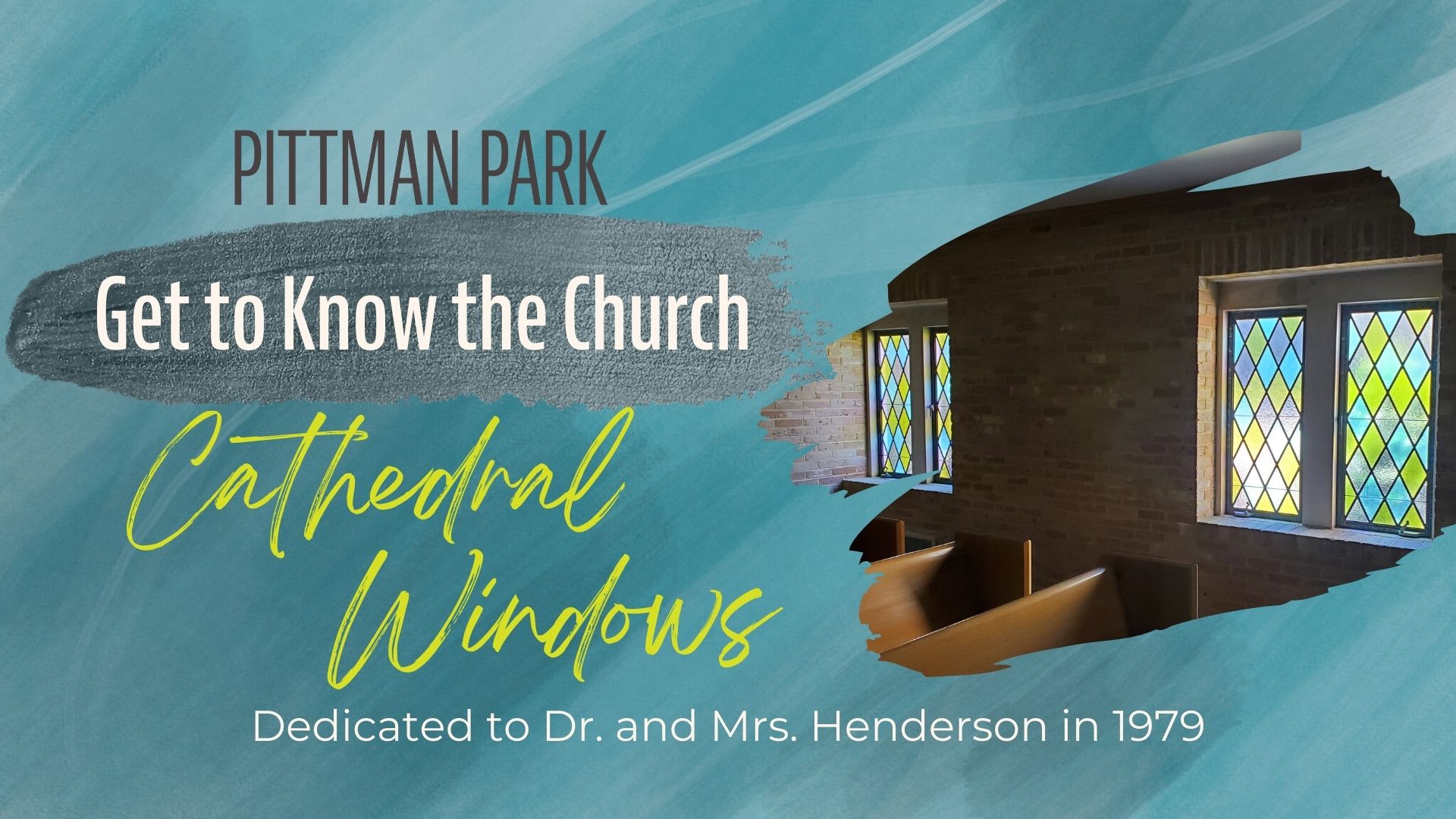 We all know Pittman Park’s colored, art glass cathedral windows are a pretty feature of the building, but few know they were featured in a Statesboro Herald article in 1979. The article ran in the November 29 edition and told how the church added extra decorative windows in the chapel, sanctuary and classrooms to match the original sanctuary windows. A staff photographer was deployed to take a photo that filled a quarter of page 10 to go along with the article.

What might not have been of general public interest was elevated to such a high status because of the people in that photo. Dr. and Mrs. Henderson, along with the architect and contractor of the project, are posed in front of the new windows. The windows were dedicated to the couple by Rev. Larry Roberts and the Henderson Sunday school class (named for, and taught by Dr. Henderson) in honor of the couple’s involvement at the church since its founding in 1956.

The Hendersons were so prestigious in the community that the newspaper did not see a need to explain their significance to readers. Even now, over 40 years later, many people already know Dr. Henderson was foundational to the history of Georgia Southern University as its president from 1948-1968. He served through the college’s transition from Georgia Teacher’s College to Georgia Southern College and guided it through desegregation.

The article reports of the Hendersons, “They work together, play musical instruments and sing together—enriching the lives of all they come in contact with. Their love for the church has been an inspiration to all.”