Get to Know the Church: Woody Powell 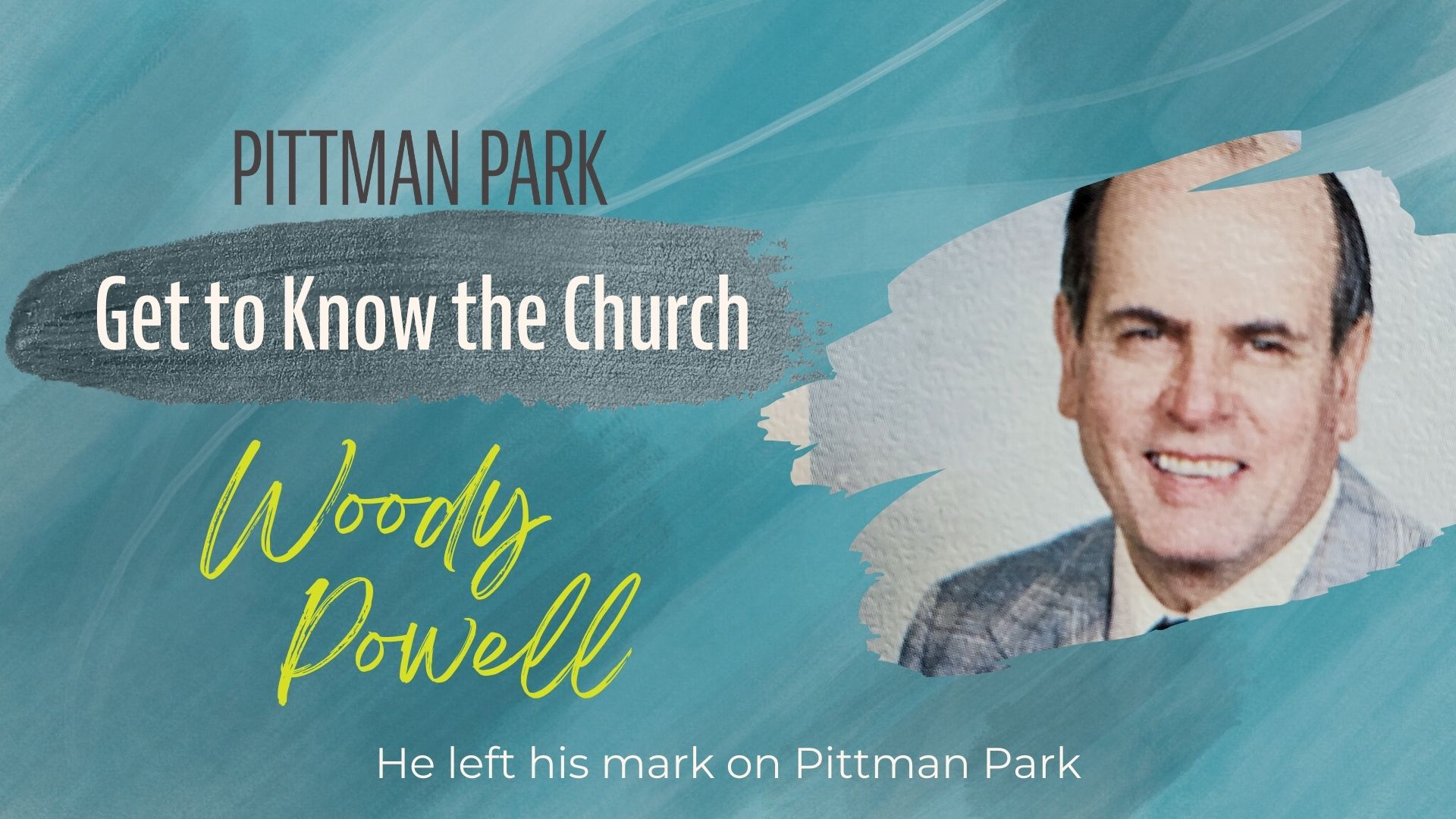 Dr. Woodrow “Woody” Powell was certainly special to Pittman Park, Georgia Southern University and the Statesboro community. His residence was rather small, but his giving spirit was so large that memories live on today.

ROSES
Powell had more than 200 rose bushes covering everything in his yard except the driveway. Every color and fragrance was on display and in abundance. Powell tended the roses meticulously, pampering them and sharing their beauty by cutting and delivering the blossoms all over the county to the delight of recipients. One exceptional gift was in July to a Pittman Park church member’s family wedding. Powell cut and prepped more than twenty dozen buds for transporting to the North Carolina ceremony location.

PIES
Perhaps Powell was better known as the “Pecan Pie Man,” baking dozens at a time and delivering them to others, such as the faculty of Georgia Southern University. On several occasions he baked one for every member of the Administrative Board of Pittman Park!

PRAYER
At Pittman Park, Powell lead the young adult Sunday school class, and his legacy lives on today in the Woody Powell Prayer Group that he began in the late 1960’s. The prayer group was held each Tuesday morning at his home at 6:30 a.m.! Powell cooked eggs, bacon and toast with coffee, milk and orange juice–and of course, flowers were on the table. The group had 10-14 active members. After finishing the meal and chewing on the latest news topics, the men shared a devotion and each in turn spoke a prayer, concluding with the Lord’s Prayer with hands clasped around the table.

Today’s meetings do not include food or flowers, and the start time is 8 a.m. in Pittman Park’s conference room. Several founding members are still in active attendance and participation.