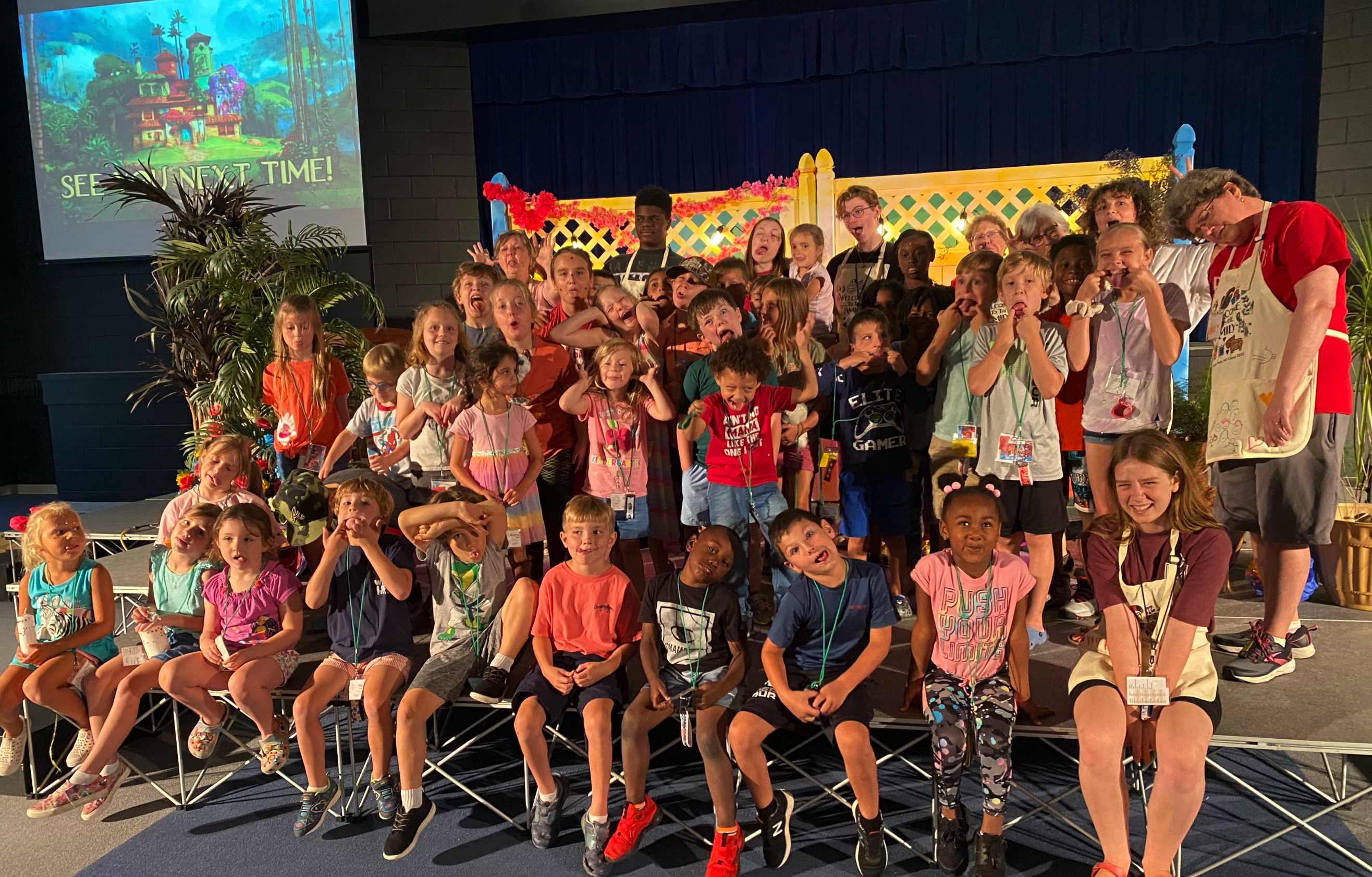 Welcome to the Family VBS Camp still has one more day left, but I couldn’t wait to share some of the spontaneous delights that have happened this week! My list of highlights includes:

Awesome Park Kids Helpers
We only had a few children from Park Kids attending VBS Camp this year, but they represented us well!

Talented Labor
So many from our congregation generously gave time and resources and supplies to make VBS Camp happen, but some volunteers were able to directly apply their talents to make VBS Camp really stand out.

That gives you an idea of just SOME of what has been happening at Pittman Park this week. Thank you all for making this possible and praying us through!